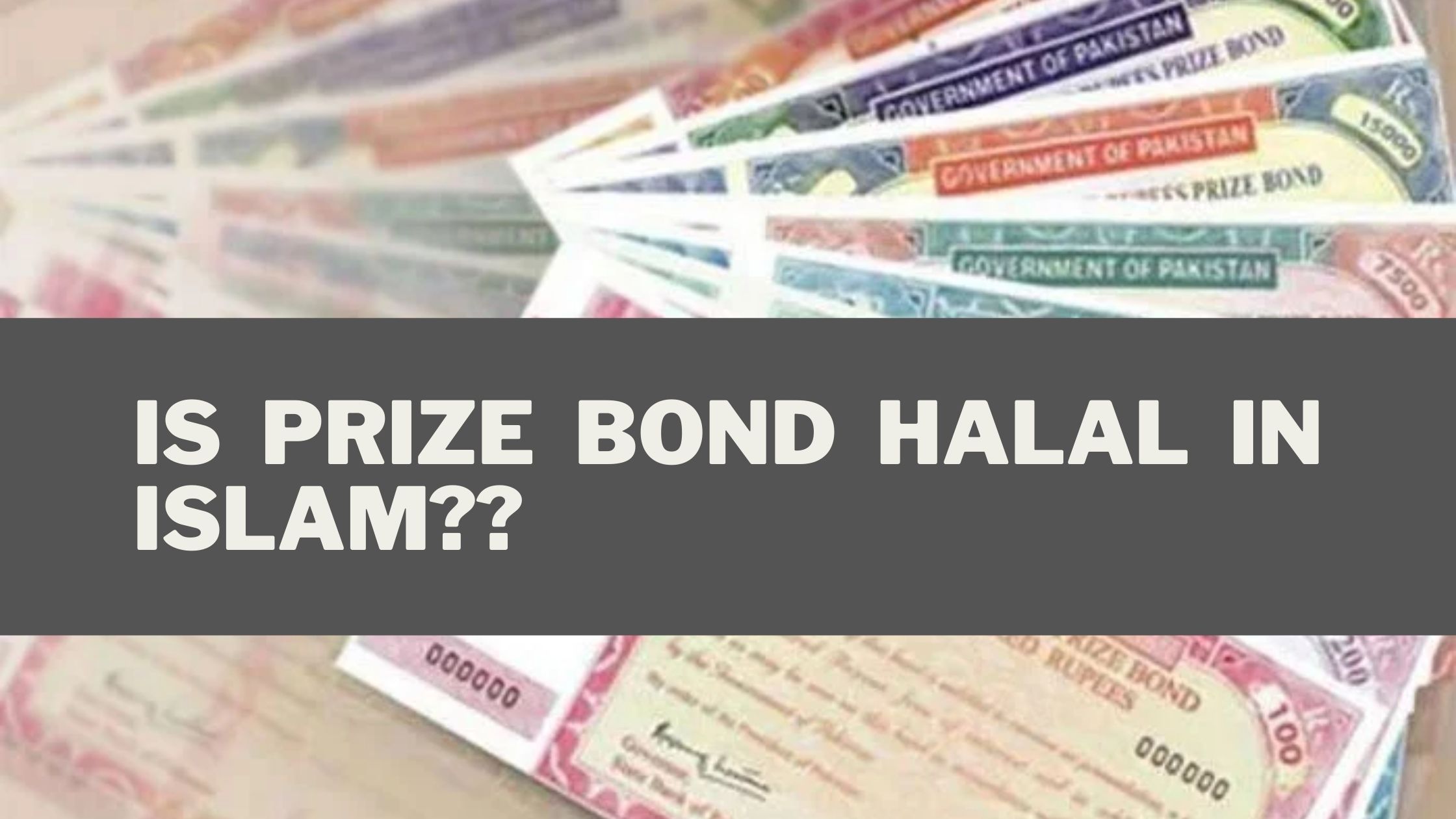 While investing money in prize bonds, people are often concerned about their authenticity in Islam, such as are prize bonds halal in Islam or is winning money haram? Also, it is important to know whether prize bonds are permissible in Islam or not.

In this article, we will answer all these questions in light of Ulma’s statements.

Prize bonds are a financial instrument issued by governments for public borrowing. When a government needs money, it will go out to external lenders such as IMF, World Bank, etc. (called external debt).

Or it may borrow the money internally from sources within the country (called local debt), i.e., from commercial banks, printing currency notes, or borrowing from its citizens through public borrowing arrangements (such as prize bonds and national saving schemes).

To any layman who is not familiar with the principles of finance and economics – the prize bonds may seem like non-interest-bearing security on the surface.

However, in reality, the cumulative interest (Riba) in the case of Prize Bonds is paid out to a selection of bond owners in the form of prize money.

The amount paid for purchasing bonds is nothing but a loan because no person gives this amount for a business to risk gaining some profit or loss. Thus the prize bonds are, in fact, a loan with interest.

In prize bonds, interest is added (according to the investment ratio) to each person’s original investment and gathered in a communal pool. Then, instead of returning each person their interest, it is all given to the individual who won the prize. Therefore, this prize is pure interest and unlawful.

“Any lending arrangement which results in some benefits to the lender, is one of the kinds of Riba”

The respected scholars of Ahl-e-Sunnah from various parts of the world have given numerous rulings classifying such prize bond income as Haram primarily because of the intrinsic element of Riba in prize money.

Yes, prize bond income is Haram primarily because of the intrinsic element of Riba in prize money.

However, prize bonds are legal because the government issues these prize bonds. The Ministry of finance and state banks held the draws.

Conclusion Of Are Prize Bonds Halal In Islam

Therefore, we can infer that it is not permissible to buy these prize bonds as they include gambling and interest simultaneously. Purchasing prize bonds, in reality, are lending money to the issuers of these bonds.

Therefore, any prize received will be deemed Riba, thus unlawful. Investing in these bonds to receive a prize will also be impermissible.

Besides this, remember that those who do not receive any prize on the bonds are also wrong because they purchased them to gain a prize (interest), which is also forbidden.

How Does A Prize Bond Work – Complete Guide