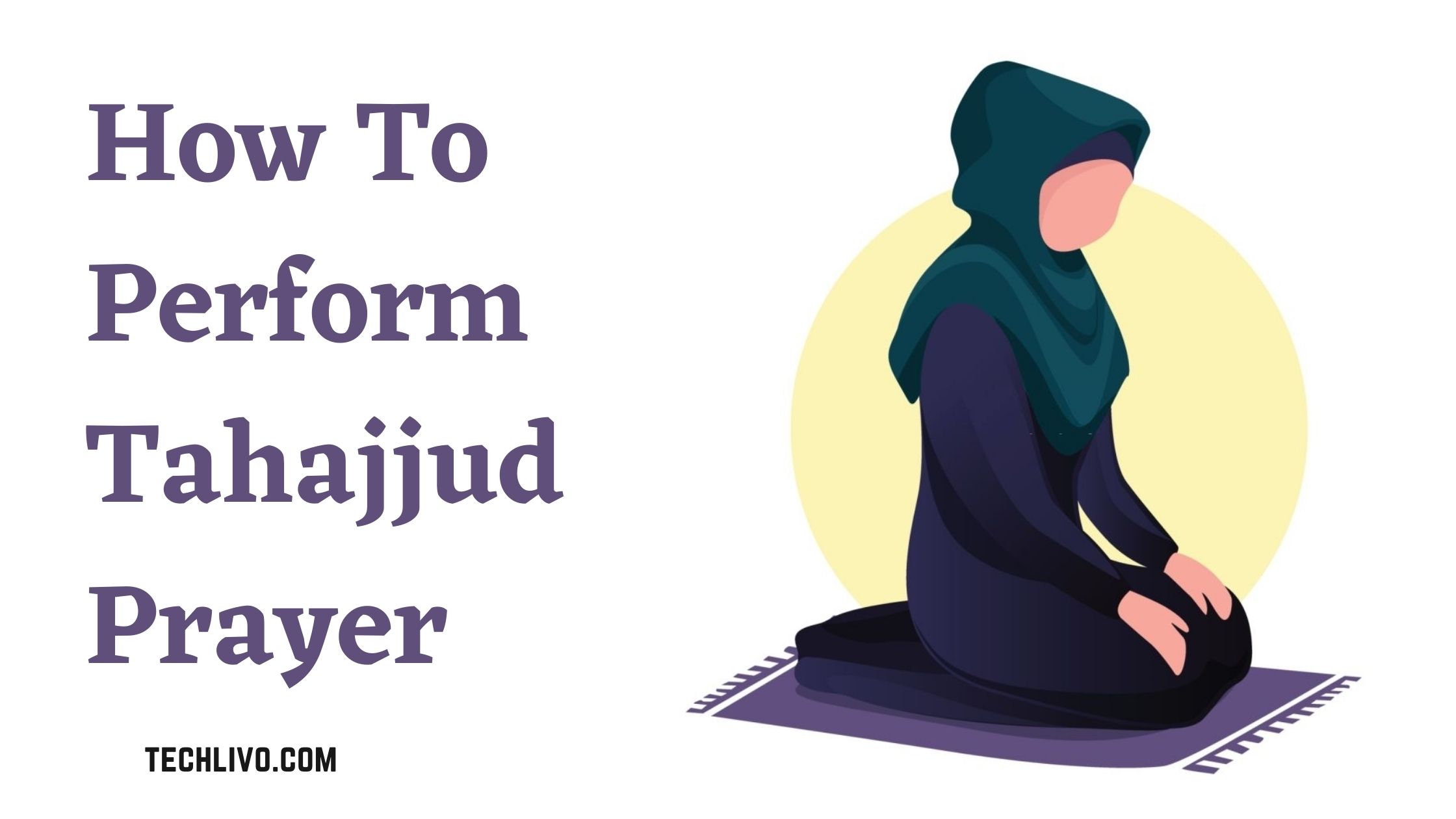 Tahajjud is a voluntary prayer that you can perform for Allah Almighty’s love other than the compulsory prayers. You can perform the Tahajjud prayer to make up for sins, but many people want to pray Tahajjud because of the good feats that it’s said to stand for.

Here is how to perform Tahajjud prayer or namaz for seeking Allah’s love and spiritual wellbeing.

If possible, it is most advisable to perform the namaz Tahajjud between midnight and Fajr, ideally in the last third of the night. The time two-thirds of the way between Isha and Fajr is a good time for Tahajjud. This is because Allah comes down to the lowest heaven during the last third of the night, asking, “Who is asking me, so I can give to him? Who is calling upon me, so I can answer him? Who is seeking my forgiveness, so I can forgive him?”

How To Perform Tahajjud Prayer

You can perform Tahajjud namaz in sets of 2 raqats; that’s how most non-faridah prayers like Namaz Ishraq are performed.

Before offering Tahajjud prayer, you need to do the following things.

Set alarm to Wake up for Prayer

After praying the Isha prayer and before going to sleep, set an alarm clock or have a family member agree to wake you at Tahajjud time.

Wake up during the night at the time you’ve decided. Once you awake, perform Wudu, the ritual cleaning. Muslims cleanse themselves before they pray or handle the Holy Quran.

For every prayer in Islam, Muslims need to turn their bodies to face Qibla. Qibla is the Holy Mosque in Mecca which is a very special place for all Muslims.

Pro Tip: If you’re not sure what direction to face, try downloading a “Qibla compass” app on your phone. This is a modified compass that points in the direction of the Holy Mosque.

Now when all the above is done, you are ready to offer Tahajjud prayer.

Make your Neyat or Intentions for praying Tahajjud

Before you start praying tahajjud, you need to make your definite Neyat or intentions. Preferably, you should say, “I pray two rak’ah Tahajjud for Allah while facing toward Kaaba/ Qibla.”

Pro Tip: If you are offering Tahajjud namaz to start the day on a positive note you can say “Today is a holiday, and I am performing Tahajjud prayer to encourage good deeds in the world in the name of Allah.”

Pro Tip: if you did some misdeeds yesterday, your intention can be “Yesterday, I had a bad day and committed a sin. I am performing Tahajjud prayer to make up for the negative actions I took.”

Read Surah Fatiha and another surah, preferably Surah Ikhlaas. Then, bow down into ruku and then prostrate into sujood.

Pro Tip: Be sure to state the surahs in Arabic because they come from the Quran. Personal prayers can be answered in your primary language.

When you completed the first Rakat, return to the standing position, recite the Surah Fatiha again. Then, recite another surah, and then continue with the Rakat.

Offer As Many Rakats As You Want

As Tahajjud prayer is not compulsory and you only perform it for Allah’s love so you can offer as many rakats as you want but in pairs.

Pro Tip: Tahajjud is a very powerful prayer, so offering more rakats can help you achieve your prayer intention.

Add your own prayers (dua) after the rakats

After you’ve performed the number of rakats you set out to pray, you may include your dua as long as they’re honest, courteous, and done in complete dedication to Allah. These may be presented in extended prostration in your own words and native language.